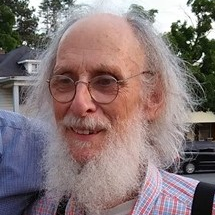 A Sermon preached at Mooresville (Indiana) Friends Church, Sixth Month 13, 2021, and previously blogged at Brethren Life & Thought (www.brethrenlifeandthought.org/2021/06/27/great-joy-dreadful-danger-a-sermon-by-john-jeremiah-edminster/). Reprinted by permission“Behold, I bring you good tidings of great joy, which shall be to all people,” said the angel of the…See More
6thMo 30, 2021
0 Comments
John Jeremiah Edminster posted a blog post

I just posted this comment on a Facebook page, and it seemed important enough to tell the whole world. Whoever is moved to, share it freely:The attitude I'd encourage in all my fellow enjoyers of well-educated, able-bodied, tall white male American-with-no-felony-record privilege, is this: everyone you know, everyone you meet is not your "equal," but Jesus Christ, your Lord, clothed in their skin. You have probably sinned against them in more ways than you realize, so you ought to walk in such…See More
6thMo 19, 2021
0 Comments
John Jeremiah Edminster posted a blog post

2 P. M. FIRST-DAY MEETINGS NOW SET FOR THIRD FIRST DAY OF EACH MONTH: 11/15, 12/20, ETC.A group of Indiana Friends have reopened the Sugar Grove Meeting House in Plainfield, just west of the Indianapolis Airport, for a monthly hour of waiting worship after the manner of Conservative Friends. The time was chosen with a view to letting Friends worship at their home meetings in the morning and then travel to Sugar Grove without pressure to hurry. The Meeting House, a sturdy brick building erected…See More
11thMo 4, 2020
0 Comments
John Jeremiah Edminster posted a blog post

Navigating the Thick Night of Darkness

HOW TO FIND YOUR FAVORITE GEORGE FOX QUOTE IN THE DIGITAL QUAKER COLLECTION, SO THAT YOU CAN CITE IT IN SOMETHING YOU'RE WRITING, PONDER IT, TAKE WARNING OR ENCOURAGEMENT FROM IT, OR JUST BASK IN ITS WISDOM, GOODNESS, AND BEAUTY:Step 1: Say, for example, that you recall that somewhere George Fox wrote the phrase, "in this thick night of darkness that may be felt," and you want to find its source. Go to esr.earlham.edu/dqc/ and click on the button that reads "ENTER."Step 2: Trim the phrase down…See More
8thMo 7, 2020
0 Comments
Ellis Hein commented on John Jeremiah Edminster's blog post TO INCOMING SEMINARIANS: START PREPARING NOW FOR THE FINAL
"John, I may have further comments to make after letting your content sit. However, could you post an explanation of how to use ESR's Digital Quaker Collection and Quaker Bible Index? Maybe that should also go under the resources tab? Thanks."
8thMo 5, 2020
John Jeremiah Edminster posted a blog post

TO INCOMING SEMINARIANS: START PREPARING NOW FOR THE FINAL

Friends, I've just been informed that Arthur died at 10 o'clock last night, Fourth Month 7, 2020. He was comfortable, the attending physician said. May he forever enjoy "righteousness, peace, and joy in the Holy Spirit."See More
4thMo 8, 2020
2 Comments
Shawn Lazar commented on John Jeremiah Edminster's blog post The Felt Need of Salvation that Drives Many to Seek a Savior
"We should also include that "the Christ" is defined in John's Gospel as the One who guarantees resurrection and eternal life to the believer. That is the kind of salvation the Savior brings: Jesus said to her, “I am the…"
2ndMo 21, 2020

I think my presentation yesterday about the Digital Quaker Collection and the Quaker Bible Index went well. Then I went home and made up a kind of "kit" out of it, that any Friend (with some familiarity with using the DQC and the QBI) is welcome to use to make a similar presentation at their own Meeting. Here it is:
My approximately 45-minute hybrid presentation at West Richmond Friends Meeting began with an account of how I found the “Browse by Author” utility in Earlham School of…

“Behold, I bring you good tidings of great joy, which shall be to all people,”…

I just posted this comment on a Facebook page, and it seemed important enough to tell the whole world. Whoever is moved to, share it freely:

The attitude I'd encourage in all my fellow enjoyers of well-educated, able-bodied, tall white male American-with-no-felony-record privilege, is this: everyone you know, everyone you meet is not your "equal," but Jesus Christ, your Lord, clothed in their skin. You have probably sinned against them in more ways than you realize, so you…