Allistair Lomax explaining our aims in implementing this site

A short video inviting NFF workers to experiment with the site, and outlining our aims in using this kind of site and its associated functionality 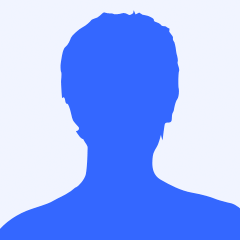 I agree about the Worthington's web page.  It is truly excellent and I have found it of great personal help.  I have communicated with Hal Worthington via email regarding various editions of "A Guide to True Peace" and found the interaction fruitful.

Having said that, I am not in complete agreement about your conclusion that the Worthington's approach is the only efficacious one at this time.  The early Quakers, the founders, lived in a cultural situation where religious differences were almost always expressed in highly strident ways.  This was true not only for the Quakers but for every group in England at that time that I am aware of.  It was a tumultuous time in terms of civil distress.  And in terms of civil consequences, they could be severe if one ended up on the wrong side of an argument.

Quakers in America and England today live in a culture where religious differences are tolerated; and I'm not using 'tolerated' in the sense of 'put up with'.  I mean 'tolerated' in the civil sense; meaning that the legal situation is such that differences in religious perspectives are not grounds for arrest, imprisonment, or execution.  It has been my observation that the kind of intense rhetoric typical of the 17th century is offputting to many people today.  It's kind of like meeting somewhat who is absolutely sure that a particular diet is the right one for humanity and is pushing it on everyone they meet.  The tendency is to respond by pulling away.  For this reason, I think a more measured presentation is appropriate.  Measured does not have to mean compromised; it refers more to style than to to content.

But I would agree that it would be helpful if NFF had some kind of contact information or some kind of mentoring structure or even, perhaps, a study program, so that people who come by might have an opportunity to interact with some greater depth.

I couldn't agree more and it is wise to consider the social and political climate of the English civil war period when deciding what to carry forward from that period at the risk of appearing naive or ridiculous. Please no long dresses or funny hats at the least it's all too serious for that.