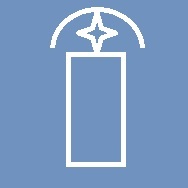 Jesus Christ was our first love. We were true believers then, not proud, but filled with joy and excitement of who the Lord Jesus was and the mystery of his words.In the days of our childhood, we loved Jesus, though the excitement of Santa Claus played the center part of that mystery. Jesus was distant and beautiful like the stars. He was a baby and we knew little of him. Even so, we knew there was something precious in the swaddling clothes.Why do mysteries die out when youths notice one…See More
12thMo 21, 2019
0 Comments
Rhonda Fuller left a comment for John Jeremiah Edminster
"Hello, John Jeremiah Edminster. It has been a long time since I have spoken in NFF Community. Your post I enjoyed. It was in the 8th month I was reading the Book of John myself. I read Scripture morning and evening, evening being New Testament. I…"
9thMo 18, 2019

I was thinking on the 7th Day to say to people at the Meeting I attend, there is such a thing as convincement because I was convinced by George Fox, convinced of the truth of the Gospel: Jesus came, died, and was resurrected, all to save us from our sins. It was one of the many ideas that flowed through my mind during the week to awaken them to the fact that they're not Quaker, because a Quaker is Christian; they're not the Religious Society of Friends, because the original name was Friends in Truth, and they're confused about the truth.

Praise be to God I did not say any of the things. What I did do was to wait upon the Lord, which is not easy in a Meeting that is hostile to the very thing they claim to own. And I prayed. I prayed the Spirit would be overall and that they would feel that presence, even if they didn't recognize it as coming from God.

There were only three of us to start, and the woman who opened the doors was restless, getting up once to leave the room and another time a little later to rearrange chairs. Finally, she settled down and the man sitting to the side of me stood and spoke. He recounted his and his wife's previous day bicycle ride on the trails, how beautiful the day was and the people who greeted them warmly as they rode by, and then--as I sat wondering, did he think to thank God?--he said he felt (I paraphrase) something of the Divine in all of it. YES! I thought.

Another person entered late and immediately, a disturbing image intruded in my mind's eye. I quickly knew it to be of a demonic spirit attached to the woman. I prayed for Jesus to rid her of that spirit, knowing it would disappear immediately, and it did. I settled back into worship, praising my Lord, knowing His great power and presence was overall. All of my recognition coming from what I've been reading and contemplating in the Journal of George Fox, where he writes about his travels to the New World in 1672.

The time came for their established query that signals a closing of Meeting. Everyone was silent to the last moments when the restless woman spoke of her joy from the earlier speaker's message and her sense of the presence of the Divine.

Thank you, Lord, I said silently, and was joyous myself knowing it was the Spirit and power of our Lord and Savior. And I praise my Lord and Teacher for holding my tongue that whole time. We all shook hands, even the late-comer who had shunned me at other times because I had used "God" speak, or "Christ" speak.

Divine they were capable of acknowledging. It's step. Praise be to God.

Welcome, Rhonda, to the NFF website. Feel free to take a few minutes to tell us about yourself and your interest in the New Foundation Fellowship.

Jesus Christ was our first love. We were true believers then, not proud, but filled with joy and excitement of who the Lord Jesus was and the mystery of his words.

In the days of our childhood, we loved Jesus, though the excitement of Santa Claus played the center part of that mystery. Jesus was distant and beautiful like the stars. He was a baby and we knew little of him. Even so, we knew there was something precious in the swaddling clothes.

Why do mysteries die out when…

I will extol thee, my God, O king; and I will bless thy name for ever and ever.

Everyday will I bless thee; and I will praise thy name fore ever and ever.

Great is the LORD, and greatly to be praised; and his greatness is unsearchable.

One generation shall praise thy works to another, and shall declare thy mighty acts.

I will speak of  the glorious honour of thy majesty, and of thy wondrous works.

And men shall speak of the might of thy terrible acts: and I…

There is no need to debate Scripture. It is vain to do so. All is done. It’s our time to preach the Gospel.

Reasoning from the Scriptures is why reading them aright is essential. To read them aright requires coming to the Spirit of God in you. (Jack Cuozzo and George Fox)

We all start out living to our will. But when we claim to be Christian through Christ’s salvation, we have sighed up to be His soldier. As a soldier and He our Captain, we are to do His will,…

When we listen to this world--man's voice--we are out of the power. Jesus, the Gospel, is the power; the strong right hand of God.

Tailoring Quaker religion to the culture (world) is to alter it--change it, make it different. So, it is no longer that which you inherited; it's not an inheritance at all; it's a bill of goods (fraud).

Quakers (churches everywhere) are conforming to the world. …