Some Observations on Revelation 10:5-7

These verses from Revelation have a majesty about them. Something of gravity and magnificence is being revealed by this “mighty angel come down from heaven” (10:1). As such, his words are given the appropriate frame of reference: the earliest story we have in Scripture, the Creation story in Genesis. This passage from Revelation draws upon images and words that are recounted in the story of Creation. Thus we’re being told that the angel’s message is of highest importance – on par with Creation itself.

Not only do these verses from Revelation refer to the Creator and His first work, but they also develop particular elements found in the Creation story. For example in verse 5, the evangelist tells us that he sees the angel stand with one foot upon the sea and one foot on the earth. The statement alludes to the verse in Genesis where the land is divided from the sea:

And God said, Let the waters under the heaven be gathered together unto one place, and let the dry land appear: and it was so. And God called the dry land Earth; and the gathering together of the waters called he Seas: and God saw that it was good (Gen. 1:9-10).

The angel bridges previously separated areas. Where there was division of land from sea, there is now connection through the angel’s stance: “his right foot upon the sea, and his left foot on the earth”(2). The act is of such portent that the words bear repeating, which the evangelist does in verse 5.

In Creation God differentiates one thing from another, such as land from water. (See other divisions in Genesis 1 in verses 4, 6, 7, 14, and 18.) Division separates; whereas “one” implies unity and resolution, “two” suggests movement, change, comparison, or activity: for example, up/down, lesser/greater, solid/fluid, left/right, etc. With the appearance of the angel, the division of two Earth surfaces—land and sea—is bridged: that is to say, figuratively they are made one. With his stance, the angel transcends the structure of Creation and presages unity and wholeness. When fulfillment is come, when “the mystery of God [is] finished”(10:7), there is unity; there is peace and rest.

Another item presented in the first chapter of Genesis and addressed in these few verses from Revelation is the element of time: (The angel swears “by him that liveth for ever and ever. . .that there should be time no longer”[6].) In Genesis, time is introduced through the numbering of days that follow each specific creative act. (See verses 5, 8, 13, 19, 23, and 31.) For example, “And the evening and the morning were the first day”(5). Things are created in sequence, and time marks each change, activity, and division, like a poem’s refrain, anchoring and imbuing each stanza.

Verse 6 in the Revelation passage shows the power and authority the eternal God has over time: “that there should be time no longer.” The angel states God’s intent to eliminate that element of Creation which separates Him from His mortal creature. No longer is humanity to be a time-bound captive to death, and separated from life eternal. Fox wrote:

Ye coming out of that which was in time, ye come up to God, who was before time was. This is a mystery, he that can receive it let him (7:57).

Through his stance and words, the mighty angel tells us the coordinates of space and time, which have previously defined our life, set our bounds as creatures, these no longer hold sway. Where we have been formerly is not where we are now to be: outside of time and in unity with God.

In the following quotation, Fox identifies time as the element in which all “troubles, persecutions, and temptations” occur, and he presents the alternative: the safety of the everlasting power of the Lord. As one would expect, Fox’s understanding is in agreement with the angel’s message of moving beyond time into that power that is everlasting and over all.

All trials, troubles, persecutions and temptations, came up in time; but the Lord’s power, which is everlasting, is over all such things, in which is safety (Bi-centennial Edition of The Journal of George Fox, II, 418).

Upon awakening very early in the morning this past “time called Christmas,” I was surprised to receive a gift. It was an insight: All I had experienced in my life was to a single end, and that end was to know and be in unity with God. Taking this newly given, trustworthy certainty into my barely conscious mind led to a delightful first thought of the day: that all the calamities, tragedies, and effort, all the betrayals, injuries, and mistakes I had made and endured from others. . . all of it had been ultimately to good purpose. All the mini-narratives I had composed and accumulated—drawn from my earliest memory to those of yesterday—did not define my being but were instead a kind of school to bring me to everlasting life, where true being is known. Furthermore, whatever remaining trials were to come, I could accept with quiet assurance, lightly and gracefully, for all was in good order, and the end was, and would ever be, life in Christ.

He who feels the covenant in Christ and life streaming into his heart through the covenant, and the seal of eternal peace to his soul, and that he shall never be left nor forsaken by the fountain of mercy, but all that ever befalls him shall conduce towards the working out of the perfect redemption and salvation of his soul; this is a precious state indeed; and this is the state which the feeling of the faith, and the living obedience in the Spirit leads to (Works of Isaac Penington, II: 268). 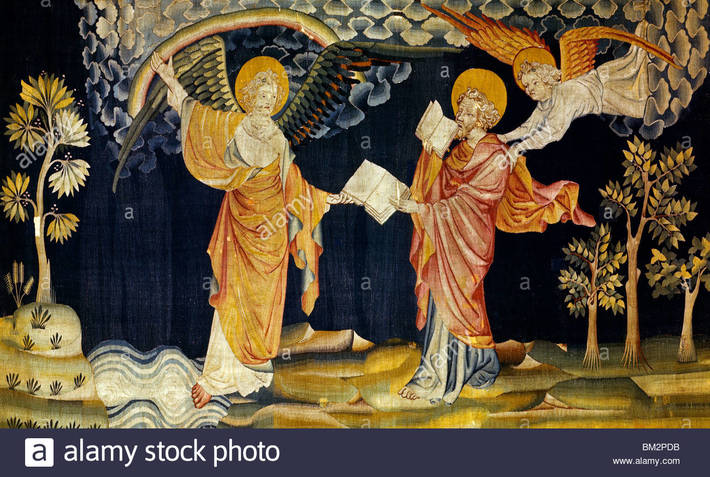