This is not a regular Blog, but I'd like to solicit everyone's opinions about upgrading this site to the next Ning Platform.

This site is currently running on a platform called Ning 2.0, but, a couple of years ago, Ning released it's latest platform, Ning 3.0. So far, I've ignored their pleas to upgrade.

From a users perspective, it will make little difference to the ordinary users of this site. It will work pretty much as before. There will be no impact on…

A Review of Derek's Guiton's Book: A Man that Looks on Glass: Standing up for God 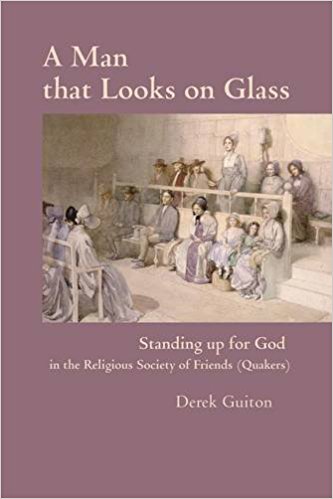 There is an old Indian proverb that goes something along the lines of, “he who…

What do you think the Church is?

One of the distinct aspects of the Gospel of Early Friends, and a matter of faith that George Fox was most clear on, was his conception what it is that constitutes the True Church.

A good starting point to reach clarity on this point is to ask ourselves the question, what is the Church?

There are many misleading answers offered by various counterfeit versions of Christianity. They tend to…

Discernment and the Seeking of Unity in Christ

Many years ago, Else Pickvance (1915-2002)[1], gave me a small abridged version of the journal of John Burnyeat. Else and I had been talking about the importance of properly discerning Christ’s leading within ourselves and the importance of our spiritual community in helping us toward in this vital task of the Spirit. She pointed out to me this small passage which to me speaks volumes about the spiritual place…

“And I saw a new heaven and a new earth: for the first heaven and the first earth were passed away; and there was no more sea. And I John saw the holy city, new Jerusalem, coming down from God out of heaven, prepared as a bride adorned for her husband. And I heard a great voice out of heaven saying, Behold, the tabernacle of God is with men, and he will dwell…

Yesterday, I received the sad news that our dear Friend, and long-time New Foundation Worker, Ursula Windsor passed away two days ago (29-3-2015)

Even though this may not be the most suitable or appropriate means for sharing news of this nature, nevertheless, I feel it right to use our web site to let Friends now that this has happened.

We in the UK keenly feel Ursula's passing, because of her long and sustained contribution to our work. She was one of the last…

The Current situation of the New Foundation in the UK

The New Foundation Fellowship has been in existence since 1974, and has been active in the UK since then.

As one of the long-standing members of the UK…

Proposal for a George Fox Reading Group in the UK

A suggestion has been put forward for the establishment of George Fox Reading Group in the UK. This would involve selecting suitable readings from the published works of George Fox and reading them aloud to each other. A similar group already exists in the United States, and this group has run successfully. Becky and Ellis Hein, in the US, are willing to join such a group and help support it.

The suggestion is that this would be done…

Request from a Friend in Poland

We have recently received the following from Tomasz Kowalski, in Turin, Poland. He is visiting London with family and friends, from today (27-4-2012) to the 8-5-2012. Would any NFF supporters in the London area be able to meet up with him. I have invited him to the Ripley Gathering on the 5th of  5th Month at Ripley, but I think it would be good for him to meet a wider circle of NFF Friends;

Speaking Truth to Power: Why Britain Yearly Meeting Did Not... 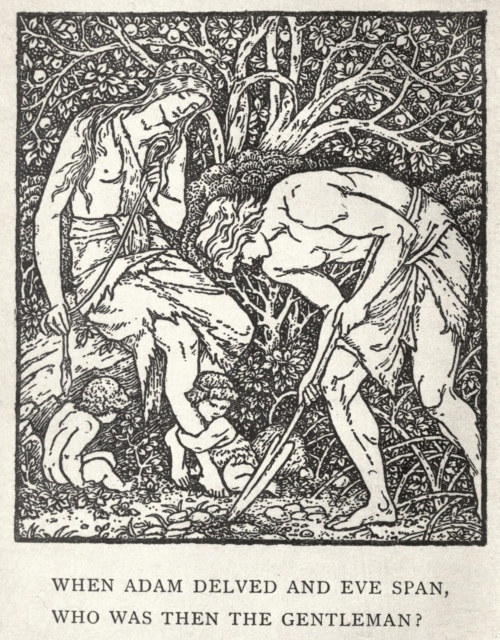 The artwork above is by E. Burne-Jones, April 1888, for the first book edition of William Morris' A Dream of John Ball. Illustrates the couplet "When Adam delved and Eve span / Who was then the gentleman?" which had international popularity in several Germanic languages as an equalitarian slogan during the medieval period.…

Latest version of the UK NFF Newsletter is available

UK Newsletter #39d (Winter) is available. It contains a precursor of our main Woodbrooke theme, Fox's Firbank Fell sermon by Justin Meggit (our main presenter) and an article on the same theme by Michael Langford. Go Here

A Question From a Serious Enquirer

We were recently asked to respond to an online discussion.

The point we were asked to respond to was as follows; "Well, my most important question that i asked earlier is that what is so special about George Fox's views and beliefs? From what i understand, he wasn't satisfied with the Anglicans and Catholics of his time and he took matters into his own hand. He started preaching, and sharing the gospel in his own special way!…

Caroline Stephen On "Conscience and Light" (Suggested By Maurine Pyle)

Rodney Guy Pharris on "Fox on Bread & Wine" on QuakerQuaker

Our Friend, Rodney Pharris has posted a very serviceable exposition on Fox and Early Quaker's approach to the taking of outward bread and wine on QuakerQuaker. A useful and well-argued blog that deserves a link from here...

Terry Wallace on the Scriptures and Salvation

[I am came across this piece by Terry Wallace which I think is servicable.

It is is subtitled "To those who say that the Scriptures are inessential to our salvation." It can be found at http://www.michiganquakers.org/Wallace.oym.htm (Allistair Lomax)]…

Greetings from the joint gathering of the New Foundation Fellowship and the Wider Conservative Friends Fellowship in Oregon.  We met at Clackamas Park Friends Church 7-9, Seventh Month (July).  The gathering included Conservative, Evangelical and Liberal Friends with a number who have no formal association with Quakers.  This was a fruitful mix as good questions were asked of one another and helped all of us to sharpen and clarify our understanding and language.  Folks…

Quaker Worship and 'Centering Down'

Quaker Worship and ‘Centering down’

I was recently asked a question about the term ‘to center down’ in the context of Quaker worship, and whether, as a phrase, it had been used by early Friends. A few checks confirmed my suspicions that it was not used by them, and I have not found any references to ‘centering down’ in George Fox’s writings (with which I am the most familiar). My questioner did come back to me with some examples of the use of the phrase used by…

Francis Howgill, A General Epistle to the Seed of God From Becky and Ellis Hein

A GENERAL EPISTLE TO THE SEED OF GOD By Francis Howgill

Dear Friends everywhere who have believed in our Lord Jesus Christ, and (who have been) called with an holy calling to the great salvation of God which is made manifest in this day of his power. Keep your first love, and let not the threats of men, neither the frowns of the world affright you from that which you have prized more than all the world. Now the sun is up, and a…

On Being a Quaker Minister By Michael Langford

ON BEING A QUAKER MINISTER

All Friends that know the light, which is the life in Christ, be faithful in the truth, and spread it abroad; answering the light of Christ in everyone (George Fox, Epistle 337).

There are many forms of ministry and each person in a Quaker meeting will have his or her own form of service.  My subject here is the prophetic ministry of the spoken word.  Anyone may be given something to say during the…